Yemen Must Not Be Forgotten: IOM Requires USD 159 Million to Sustain Life-Saving Work 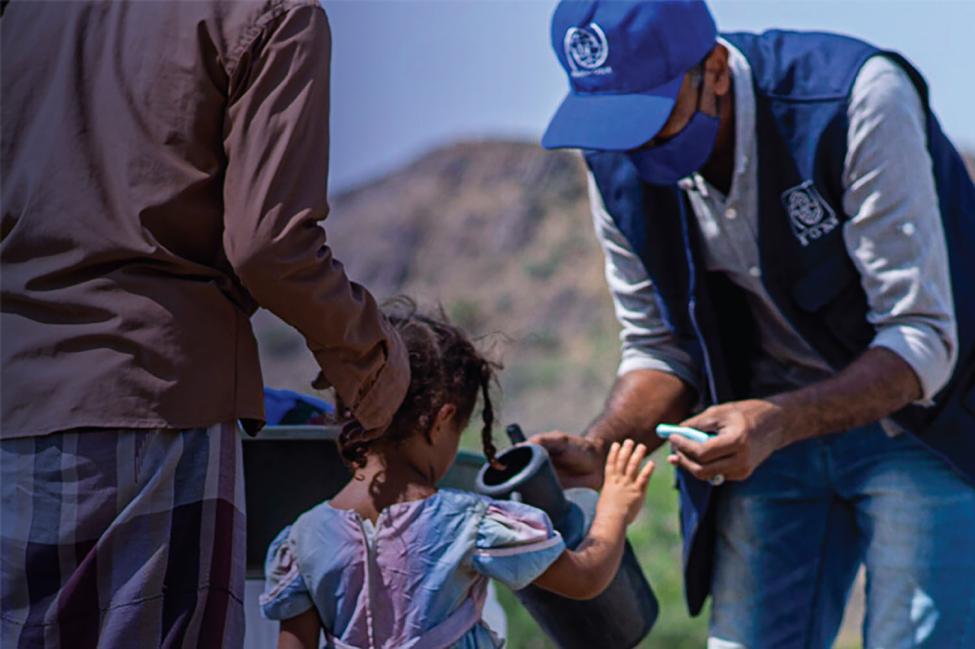 Yemen – The International Organization for Migration (IOM) is launching an appeal today for USD 159 million to respond to the urgent needs of over 4.6 million people affected by the crisis in Yemen.

A deteriorating economy and worsening hostilities in Yemen’s seven-year-long conflict are having brutal consequences for the Yemeni population, IOM's Deputy Director General, Ugochi Daniels, emphasized ahead of today’s Pledging Conference for Yemen.

Across Yemen, public services are on the brink of collapse while the prices of food, fuel and other basic commodities have skyrocketed in recent months, pushing more than 80 per cent of Yemenis below the poverty line.

“Despite the rising humanitarian needs around the world, the people of Yemen must not be forgotten” said DDG Daniels before the conference co-hosted by the Governments of Sweden and Switzerland. “More than 20 million people rely on assistance as their only lifeline. Now is not the time to scale down, it is the time to step up.”

The war in Ukraine further threatens to dramatically worsen this crisis. According to the Food and Agriculture Organization, Yemen imports roughly 40 per cent of its wheat from Ukraine and Russia.

Supporting public services and the economy is therefore key at this critical time.

The UN estimates there are more than 4 million internally displaced people throughout the country. IOM’s Displacement Tracking Matrix recorded the displacement of over 25,600 people so far this year.

“Many displaced people have been forced to flee four or even five times. This brings unimaginable challenges, particularly for women and girls,” Daniels said.

Many women face severe restrictions in accessing the health care, education and nutrition they need, as well as an increased risk of gender-based violence.

Some of those worst affected by the deteriorating security and economic situation are migrants transiting through Yemen, hoping to reach the Kingdom of Saudi Arabia.

IOM estimates there are approximately 190,000 migrants in dire need of aid. Tens of thousands have become stranded in
Yemen – unable to continue their journeys onward nor to return home.

“Migrants stranded across the country also endure life-threatening situations. They arrive daily to our response points, and tell us stories of inhumane treatment, including arbitrary detention, forced transfers, exploitation and torture,” Daniels said.

IOM's Global Crisis Response Platform provides an overview of IOM's planned activities and funding requirements to respond to the evolving needs and aspirations of those impacted by, or at risk of, crisis and displacement in 2021 and beyond.

IOM’s Chief of Mission Christa Rottensteiner is available for interviews with the press.