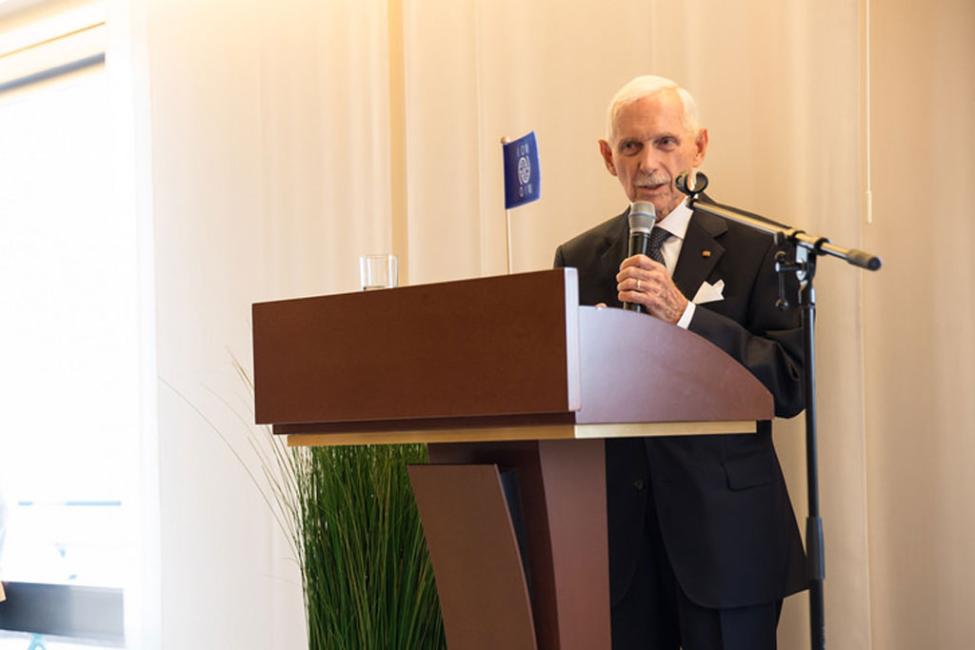 “The reason we need these tools is because we are still having too many violations,” said William Lacy Swing, Director General of the International Organization for Migration (IOM), at a panel discussion on protection from sexual exploitation and abuse at UN Headquarters in New York this afternoon, during which the guides were officially released.

“While we are all committed on the issue, we realized that we really didn’t have the tools with which to help people, particularly in the field,” he added.

The two guides – the Inter-Agency Standing Committee (IASC) Best Practice Guide on Inter-Agency Complaint Mechanisms and the Global Standard Operating Procedures – stem from lessons learned as a result of a pilot project coordinated by IOM that established community-based complaint mechanisms in Ethiopia and the Democratic Republic of the Congo. The documents were endorsed by IASC principals this past June.

IOM coordinated the pilot project in cooperation with the Office of the UN High Commissioner for Refugees (UNHCR) and Save the Children, and with the support of the IASC Task Team on Accountability to Affected Populations and Protection from Sexual Exploitation and Abuse.

Mr. Swing noted that in recent years, the humanitarian community has taken positive steps to prevent and address sexual exploitation and abuse, although the need for guidance on creating inter-agency complaint mechanisms in humanitarian settings that are safe, efficient and sustainable was clearly evident.

He highlighted that the tools include experiences, lessons learned and best practices arising from the two pilot projects. They represent the result of “long-standing efforts” and much collaboration on the part of all of the agencies involved, both at global and field levels, he added.

Because women in conflict-torn areas of the Democratic Republic of the Congo (DRC) are particularly vulnerable to rape and sexual assaults when they travel long distances to fetch water, IOM has constructed several water pumps close to police stations. Photo: IOM

“It’s going to continue to be an uphill struggle, keeping this issue on the table. We want to make sure we keep this before everyone,” the Director General said, expressing hope that the guides will assist victims of sexual exploitation and abuse in coming forward, as well as dealing with community rejection and feelings of embarrassment.

The panel discussion today also included presentations from senior-level representatives from the European Union (EU), UNHCR and Save the Children. Panel members discussed the importance of collective action on sexual exploitation and abuse, particularly the need for active and meaningful participation in community-based complaints mechanisms.

Panellists included Eduardo Fernandez-Zincke, EU Counsellor and Head of Section of Humanitarian Affairs, who presented the EU perspective on the importance of establishing sexual exploitation and abuse prevention and response systems in all humanitarian settings.

Debra Jones, Director and UN Representative, Save the Children, spoke on lessons learned from using the guidelines for child protection and peacekeeping operations in the Democratic Republic of the Congo.

The event was moderated by Luc Ferran, Director of the Ethics and Compliance Unit at the International Rescue Committee.

This past March, UN Secretary-General Ban Ki-moon presented to the Security Council a report that detailed special measures aimed at ending impunity, helping and supporting victims, and strengthening accountability as part of a more effective collective response to sexual exploitation and abuse by UN personnel.