Over 340,000 People Affected by Unprecedented Flooding in Chad 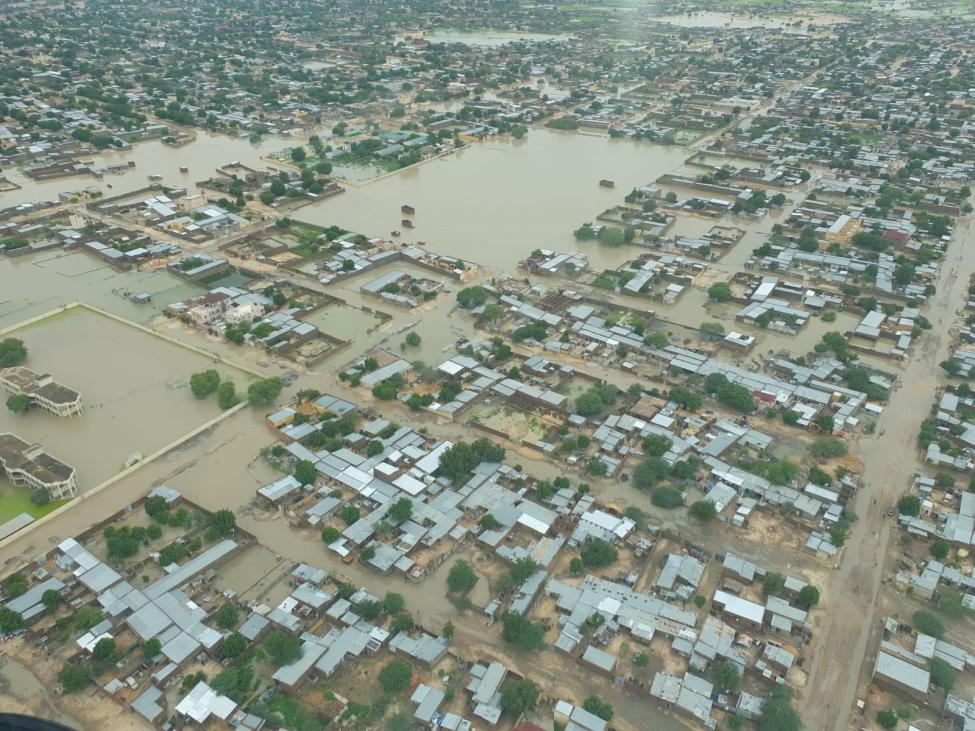 N’Djamena – Over 340,000 people from more than 55,000 households have been affected by unprecedented flooding caused by torrential rains across Chad over the past weeks, according to a recent report by the UN Office for the Coordination of Humanitarian Affairs (OCHA).

This has already surpassed last year's figure that saw more than 250 000 persons affected across the country. The report also reveals that nearly 2 700 hectares of crops and farming land as well as hundreds of homes had been destroyed by swollen rivers and the record rains observed in the country since last month threatening the food security and livelihood of the people in the affected areas.

The International Organization for Migration (IOM) is supporting the national and humanitarian efforts to address this emergency and provide emergency relief to those most affected. Through its Displacement Tracking Matrix (DTM), IOM is working with authorities and local actors to develop and roll-out a Flood Data Collection mechanism to accurately capture the extent of flooding in affected areas, the number of victims, including displaced persons, as well as their profiles and most urgent needs.

“The data collected will include information on the impacts of flood on populations and key infrastructures such as houses, schools and health centres, as well as information on affected populations’ profiles and primary needs, in order to better inform the humanitarian response”, says Yakin Mwanza, IOM Chad DTM Coordinator.

The new Flood Data Collection mechanism will include an information sharing platform enabling key actors and informants to report and publish useful flood data on a regular basis.

“This new flood data collection mechanism will be implemented by clusters’ actors and local authorities and will be activated each year during flooding season in order to inform life-saving responses at early stage of the flooding.”

Although each year, parts of Chad are faced with heavy rainfall events, this year’s are unprecedented, characterized by increase in precipitation and a higher degree of variability which causes stronger flash floods with devastating consequences for populations, especially in rural areas. The extreme weather patterns illustrating the adverse effect of climate change in the region.

However, despite the urgency of the situation, funding remains limited to ensure those most affected, including displaced persons, receive assistance such as shelter, food, and non-food items.

“The rainy season lasts until October but the humanitarian situation we are witnessing now is already critical”, says Anne Kathrin Schaefer, IOM Chad Chief of Mission. “As the rains continue, we expect that more people will be displaced but all humanitarian actors are already running out of emergency stocks to assist people”, she adds.

As of this month, only 33% of the humanitarian funding required for Chad in 2022 has been received by humanitarian actors on the ground. In a joint flash appeal, the Government of Chad and humanitarian community are calling for USD 5.2 million to provide shelter, basic necessities, and protection to those affected by the floods.