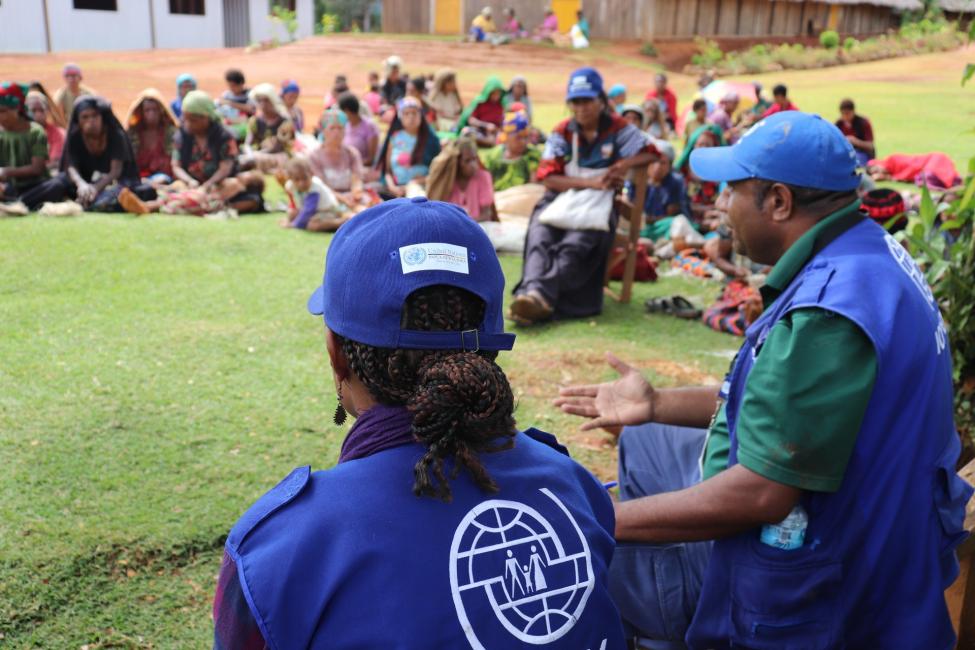 Port Moresby – Following conflict and election-related violence, more than 15,000 people have been internally displaced in Hela, Southern Highlands and Enga provinces, according to the International Organization for Migration´s (IOM) Displacement Tracking Matrix (DTM).

IOM, in partnership with the local authorities, deployed the DTM team from 13-30 August 2022 to track and monitor the internal displacement and identify the needs, including protection, of those most affected by the violence in the Highlands region. The total number of internally displaced persons (IDPs) is expected to rise as assessments in hard-to-access provinces continue.  Access to several locations remains limited due to security concerns.

Food, water and sanitation, shelter, health, and protection were identified as the most immediate needs. IOM is scaling up emergency support to assist affected communities.

Violence began in May, before the general election in July, and has continued through August 2022. Clashes during the several-day period of the election were the most severe. While the violence is directly related to the general election in most areas, in some places, long-standing issues, including land disputes, retribution, and unsettled disputes between clans, have reignited conflicts during a time of instability.

In Porgera, Laiagam, and Kompiam districts from Enga province, Margarima district from Hela province, and Nipa district from Southern Highland Province, almost half of the total population (264,590 people or 49,175 households) have been affected by the ongoing conflict and election-related violence.

In Enga, it is estimated that 25,700 school-aged children are unable to attend school and are facing a range of vulnerabilities. The direct impact of this violence is a surge in trauma cases, particularly among victims of violence, including sexual violence.

The closing of health centres due to attacks or the absence of staff will also result in almost 558,000 people having no access to health care. Persons who require long-term treatment, such as HIV and tuberculosis patients, and people with non-communicable diseases, will not be able to access the medication they need for indefinite periods.

IOM, in partnership with the National Disaster Centre, and with support from USAID Bureau for Humanitarian Assistance (BHA) and the Australian Government, will be delivering emergency assistance to the affected and most vulnerable population including women, persons living with disabilities, and the elderly.

"We hope that the aid being provided by IOM, with the generous contributions of our donors, will alleviate some of the suffering and agony of the affected people among whom are many women, children, girls and boys, the elderly, and persons with disabilities," said Serhan Aktoprak, IOM Chief of Mission in Papua New Guinea.

IOM has so far been able to distribute in Mendi, Southern Highlands Province, shelter kits to a total of 236 affected households benefiting 1,413 persons. A further seven households (56 individuals) received water containers. Most of the beneficiaries were women and children.