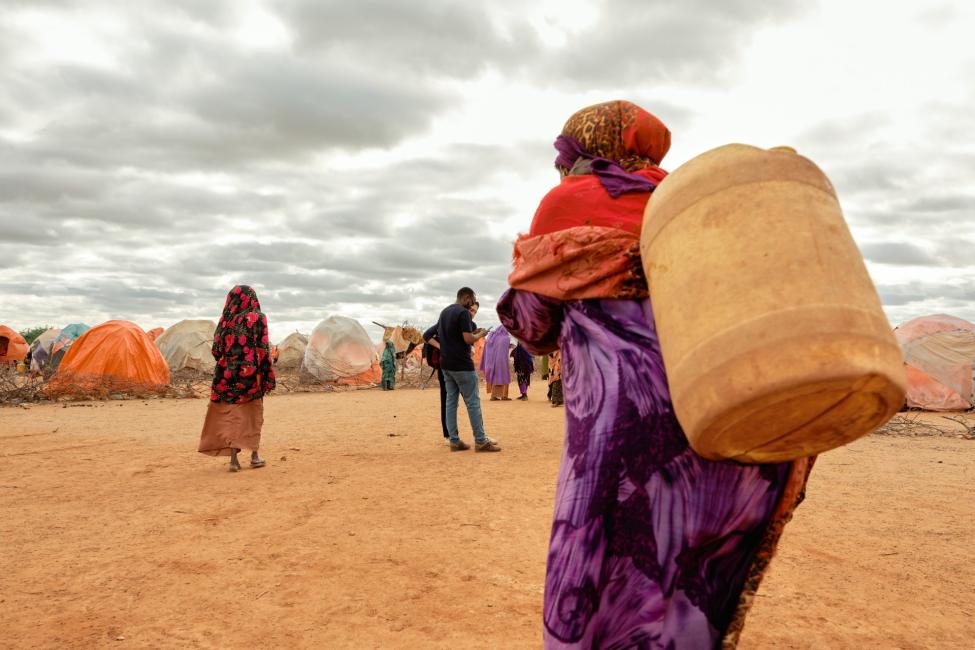 Mogadishu – More than 7.1 million people – nearly half of the total population – are facing historic levels of drought in Somalia. The International Organization for Migration (IOM) is scaling up its response and has assisted over 350,000 people affected by the drought – the worst seen in decades following the fourth consecutive failed rainy season.

Nearly 800,000 people have been displaced due to drought since early 2021, at least half a million of them in the first four months of this year. Women and children make up 80 per cent of the newly displaced population.

IOM is increasing its response and working closely with the government, UN agencies and local partners to avert famine and address the acute water needs of internally displaced persons (IDPs), migrants and other vulnerable groups. Teams have reached hundreds of thousands of people with immediate life-saving support, including emergency water trucking, water infrastructure, shelter, non-food items, household items, health and psychosocial support and information since the start of the year.

IOM is providing displaced families with Multi-Purpose Cash Assistance (MPCA) to support them to meet their immediate needs while also ensuring flexibility and dignity of choice, as it continues to rehabilitate and construct new water infrastructure, including boreholes and shallow wells in rural areas to reduce displacement.

In April, IOM together with the World Food Programme, UNICEF and other aid partners, launched a Minimum Response Package (MRP) assistance modality in some of the country´s most affected areas. Through the MRP, partners aim to provide immediate life-saving relief including cash, shelter items and hygiene kits to more than 90,000 newly displaced persons in Baidoa, Kismayo and Dollow.  The MRP will also expand displaced communities' access to water, latrines, health and nutrition services.

Somalia is on the front line of climate change with weather patterns becoming more unpredictable each year. The climate crisis is outpacing some of the efforts being taken to save lives and livelihoods in the country.

The response by IOM and its partners is preventing the worst outcomes, but the needs are rising fast as the drought situation worsens.

Immediate funding is needed for IOM to continue essential life-saving programmes and help communities adapt and withstand future shocks. IOM is asking for USD 66 million to reach over 1.25 million people in Somalia with multi-sectorial assistance by the end of February 2023.