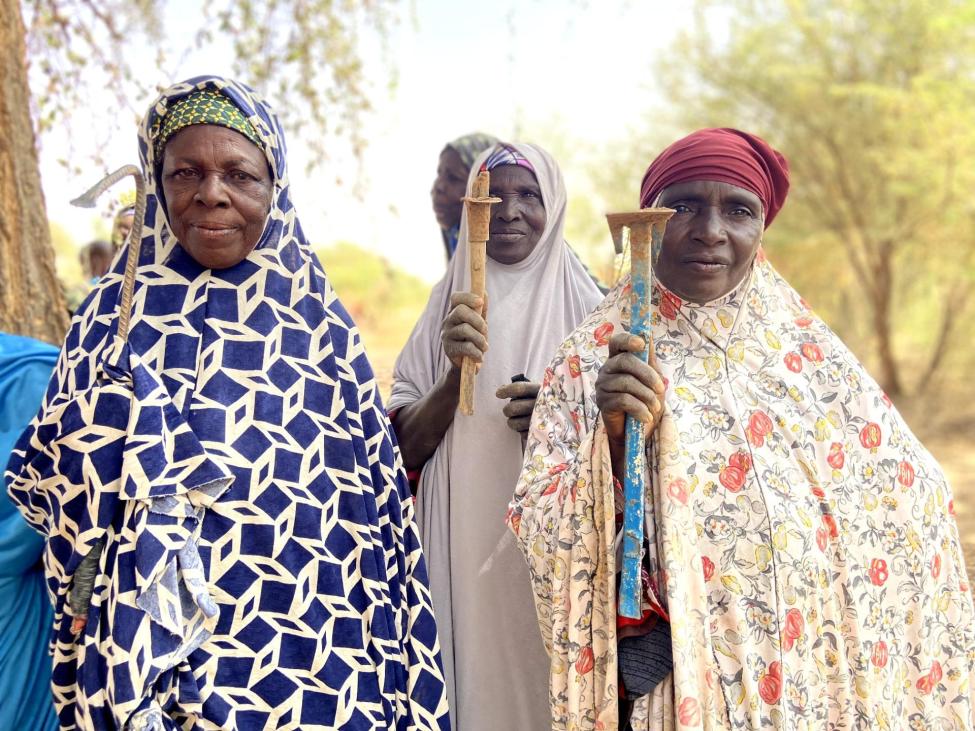 Niamey – The Director General of the International Organization for Migration, António Vitorino, and the United Nations High Commissioner for Refugees, Filippo Grandi, are calling for more international support to address challenges faced by migrants, refugees and internally displaced people in Niger, and vulnerable host communities, following a joint three-day visit to the country.

“Niger deserves much more from the international community,” said the High Commissioner for Refugees. “This must be translated into financial aid,” as the country lacks resources to face the humanitarian challenges caused by instability in neighbouring states.

With migration and refugee flows closely intertwined in Niger, Grandi said the joint visit will "strengthen the operational links between the two [UN] agencies, so that we can be more effective in supporting people on the move, and the Government and people of Niger.”

Niger lies along complex migration routes and is also impacted by violence spilling over from neighbouring Burkina Faso and Mali, and Nigeria which has displaced hundreds of thousands of people. In addition, Niger hosts thousands of migrants, while many others, transiting on their way to North African countries, often end up stranded in the desert and exploited by trafficking and smuggling groups, and are also in dire need of humanitarian assistance.

“I’ve seen first-hand the resilience and strength of migrants and host communities in the face of great challenges,” said Vitorino.

“The complexity of migratory movements in Niger requires a holistic response that puts the well-being and human rights of people at the centre, to reduce vulnerabilities and provide tailored assistance to migrants, asylum seekers, refugees, and those displaced.”

Focusing on solutions, Vitorino and Grandi stressed that in addition to peace, stronger humanitarian and development support will be crucial to addressing mixed flows – persons on the move having varying needs and profiles including migrants in irregular situations, asylum seekers, refugees, victims of trafficking, and separated children. They pledged to advocate for more funding to the country.

The UN officials also called on development actors to invest more, alongside humanitarian organizations, to help mitigate the impact of climate change on forced migration and displacement. According to a study published recently by IOM and the Nigerien Ministry of Environment, environmental and climate shocks are intensifying, impacting the livelihoods of communities and forcing many people to leave their homes.

Both were encouraged by the generous, open response of host communities, which they saw during visits to the town of Agadez in the Agadez region and Ouallam in the Tillabéri region. They observed how local authorities and civil society have embraced migrants and forcibly displaced people, despite scant resources.

They commended Niger for its exemplary solidarity, demonstrated through its inclusive refugee policy, by providing life-saving support to thousands evacuated from Libya through the Emergency Transit Mechanism, and by hosting stranded migrants awaiting return home.

A high-level roundtable on mixed migration in Niger was organized in Niamey during the joint IOM-UNHCR visit, chaired by Niger’s Prime Minister Ouhoumoudou Mahamadou, with Government ministers, the UN Resident Coordinator, senior diplomats, and UN agencies. Participants discussed how to better support Niger to manage the challenges of complex movements of refugees and migrants.

Vitorino and Grandi were also received by President Mohamed Bazoum and discussed support to migrants and communities hosting them, and displaced people and refugees returning to their communities of origin once the situation stabilizes, both within the region of Diffa, Niger, and in northeastern Nigeria.

IOM Director-General said that at the first International Migration Review Forum in May 2022, Member States, including Niger – a GCM champion country- will have the opportunity to share progress on the implementation of the GCM.