The HPS Unit at IOM’s Office to the United Nations is composed of a dedicated team of individuals specialized in humanitarian crisis and forced displacement. IOM was formally linked to the United Nations in September 2016 as one of its related organizations, and since then, our Unit has participated in, and contributed to, important discussions at the UN, particularly on humanitarian, peace and security issues.

The New York Office serves as IOM’s conduit into the international arena, which it uses to provide the Department of Operations (DOE) with analysis and readouts on key humanitarian emergencies being discussed at the Security Council and General Assembly. We also follow briefings on humanitarian situations and analyze funding mechanisms, such as the Central Emergency Response Fund (CERF). We also use our in-depth analysis of the international community’s views and positions on migration, displacement and humanitarian crisis to support both the Transitional and Recovery Division (TRD) and the Preparedness and Response Division (PRD).

Our Office’s work also extends to supporting the implementation of IOM’s broader mandate. This includes Protection Mainstreaming and Preventing Sexual Exploitation and Abuse and Gender-Based Violence.

The people we work for, migrants, often find themselves in very difficult situations, which at times may amount to emergencies. IOM’s response to emergencies is handled by the Department of Operations and Emergencies, which is composed of four divisions and one unit:

The United Nations Office for the Coordination of Humanitarian Affairs, OCHA, supports Inter-Agency Standing Committee (IASC) Level 3 (or L3) Responses. L3 Responses are activated in the most complex and challenging humanitarian emergencies, when the highest level of mobilization is required, across the humanitarian system, to ensure that the right capacities and systems are place to effectively meet needs.

IOM, as a member of the Inter-Agency Standing Committee (IASC), is actively involved in responding to emergencies. The most complex and challenging humanitarian emergencies fall under the category of Level 3 (or L3) responses. These responses require the highest level of mobilization across the humanitarian system, in order to ensure that the right capacities and systems are in place to effectively meet needs of displaced persons.

As part of the IASC, IOM is involved in these L3 responses to the emergencies in the Democratic Republic of the Congo, Syria, and Yemen. Apart from these L3 emergencies, IOM also operates in South Sudan Central African Republic, Somalia, Libya, and is responding to the Rohingya Crisis in Bangladesh. IOM’s Office to the UN participates in meetings related to these emergencies and engages in information sharing with other UN agencies part of the IASC.

All our aforementioned work is directed towards assisting IOM’s most important client; migrants. Despite IOM’s expertise and talent in working for, and with, migrants, our operations would not be possible without the assistance of the donor community coupled with strategic partnerships. More detailed information on our donor relations can be found here, and on our partnerships here.

In New York, our unit collaborates with humanitarian focal points who work at their respective country’s missions to the United Nations. Similarly, the UN in New York is an important platform for advancing cooperation on migration, and we organize events highlighting our work with donors and partners throughout the year.

Moreover, the UN provides an excellent space for our Director General to meet with our many partners, including other UN agencies as well as Member States, to exchange ideas and develop new forms of partnership to assist migrants.

Protection mainstreaming is one IOM’s key areas of work during a crisis response. It also falls firmly within IOM’s Principles for Humanitarian Action, which states that “In addressing the mobility dimensions of humanitarian crises in an integrated and comprehensive manner, IOM seeks to ensure that the right to protection of migrants, displaced persons and affected communities is upheld and their needs fulfilled regardless of inter alia, their age, sex, gender, physical condition, nationality, ethnic group or religious affiliation”. As protection mainstreaming takes place during a crisis response, it falls under the jurisdiction of DOE.

In short, protection mainstreaming consists of incorporating key protection principles in humanitarian responses to migration crises, such as the do no harm principle, non-discrimination, meaningful access, safety, participation and accountability measures.

IOM’s protection work responds to the needs of vulnerable persons and leverages capacities of migrants and IDPs, and assists states and all actors as they fulfill their responsibilities. Protection is mainstreamed across all programs and is directed towards those most at risk of discrimination, exploitation and abuse during armed conflicts and natural disasters.

This initiative has been possible thanks to IOM’s partnership with the United States Government, the Swedish International Development Cooperation Agency and the Swiss Agency for Development and Cooperation.

IOM has policies and training in place to protect beneficiaries and the people we work with from SEA and GBV. Once a complaint is received through community-based complaint mechanisms, it is filed with the Office of the Inspector General and an investigation takes place. Findings of an investigation are sent to DG Mr. Vitorino, who then reviews and investigates the report while consulting with the Office of Legal Affairs. A decision is then taken once the consultations have concluded. SEA within IOM, as with all UN agencies, are grounds for termination. 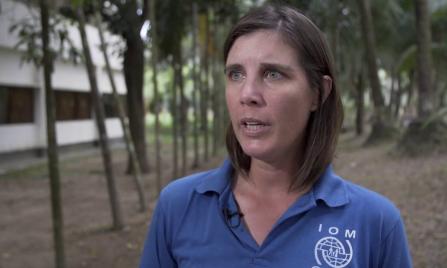 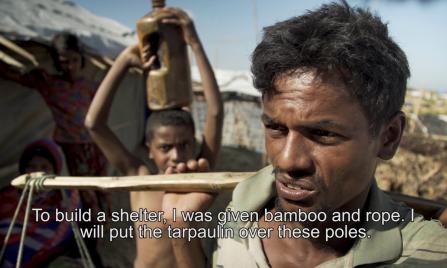